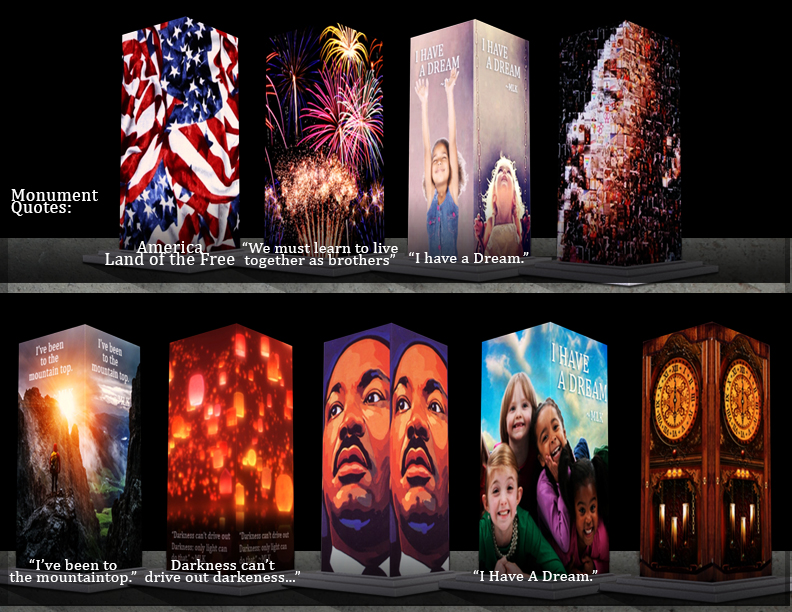 MEMPHIS-As we look toward the 50th anniversary of the assassination of Dr. Martin Luther King, Jr., News Channel 3 will be sharing fifty stories of how his legacy is still very much alive.

There are many ways to learn, not only about King’s legacy, but also the many people and places that play a role in African-American history in Memphis.

An example will be the Memphis Heritage Trail.

When completed, the “trail” promises to be a unique, educational experience for tourists and locals…creating jobs and boosting economic development.

“Our mission is really to educate the public about Memphis’ African-American history and culture. And present it to the world in one collective fashion,” said Felicia Harris, Project Manager for the Memphis Heritage Trail.

Harris describes the “trail” as a cultural and economic initiative several years in the making.

“We have, on our trail, over 50 cultural and historical points of interest,” said Harris.

The first phase of Memphis Heritage Trail, focusing on the “civil rights loop” is scheduled to be opened by the end of fall.

“The National Civil Rights Museum, Clayborne Temple, I Am A Man Plaza that the City is currently working on, Universal Life building and learning about the rich history of that building, Robert R. Church Park, of course Beale Street, Stax Museum and Soulsville USA…. “said Harris.

The footprint for the  Memphis Heritage Trail is bordered by Beale Street, Crump Blvd., Walnut Street and Main Street.

Plans are to have “way finding” signage up and a downloadable app.

“Virtual docents, app technology, things like this. So people will experience the trail physically and virtually by the end of the fall,” said Felicia Harris, Project Manager for the Memphis Heritage Trail.

Organizers also see the “trail” as a way to create jobs and boost tourism.

“We start, obviously, with the institutional slavery, into the Civil War, the Emancipation and Reconstruction in Memphis. And we focus on locations. It’s definitely always centered around the boundaries of the Memphis Heritage Trail,”  said Lauren Barksdale, Kirby High School Teacher.

She hopes Shelby County Schools will take a look at the curriculum and consider putting it in classrooms soon.

She believes it will help today’s youth grow through the life changing experiences of those who came before them.

“Basically, by teaching them where we’ve been, we can maybe push where we’re going. And take this City into a new era,” said Lauren Barksdale, Kirby High School Teacher.